G4 Sealer, also referred to as G4 Damp Seal is a brown, translucent, polyurethane which hardens when in contact with moisture. Once applied, it will provide a tough damp-proof seal for most porous and non-porous substrates such as concrete, brick, stone or wood.

G4 can be applied with a brush or roller. It can be applied to substrates which contain moisture, although it is important to note that the area should be dry enough to be porous. If the area is too damp, this can cause the G4 to de-laminate or blister. Once the area is dry enough to be porous, this will ensure that the first application of the G4 sealer will adhere to the surface area. G4 should not be used in temperatures below zero degrees.

Ideally, the area should be free from all existing coatings and wiped down with Acetone before application. However, if this is not possible the adhesion will depend on the existing coating. If applying to brick, any loose pointing should be removed before G4 is applied.

It is also important to note that G4 is not effective in areas of direct UV light; therefore if UV resistance is required a topcoat should be used to enhance UV protection.

After the G4 is applied, we recommend that brushes are cleaned immediately with Acetone and then dried.

G4 Damp Seal can be used for coating walls, floors and as a pre-coat for fibreglass roof builds and ponds.

In the case of fibreglass pond building, G4 Damp Seal helps to prevent lime entering into the water which is extremely important to the health of any fish in the pond.

Thanks to its polyurethane base, G4 can be applied directly to the concrete and will cure in approximately 30-60 minutes depending on the humidity. It should be brushed on with a coverage of 250g/m2.

Most fibreglass roofers will ensure G4 Damp Seal is used as a bonding primer between the substrate (concrete, plywood, metal or OSB Boards) and the lamination (catalysed resin and chopped strand matting)

G4 Damp Seal should be applied to a clean substrate which is free from contamination; this often requires the area to be wiped down with Acetone prior to applying G4.

An effective use of G4 Sealer can be to varnish wood for internal use. It can be used even in cases of low temperatures or high levels of humidity. It is best not to use G4 for varnishing wood which will be kept outside as it can be affected by UV light. However, G4 does have an excellent reputation as a varnish and in terms of performance it is rated as one of the best on the market.

Where to buy G4 Damp Seal

FibreGlassDirect is a proud supplier of G4 Damp Seal. We are located in Gloucestershire and Newry, Northern Ireland and therefore in a position to distribute G4 quickly to anywhere in the UK and Ireland. Our G4 Damp Seal is available in 1kg, 2.5kg and 5kg tin sizes. 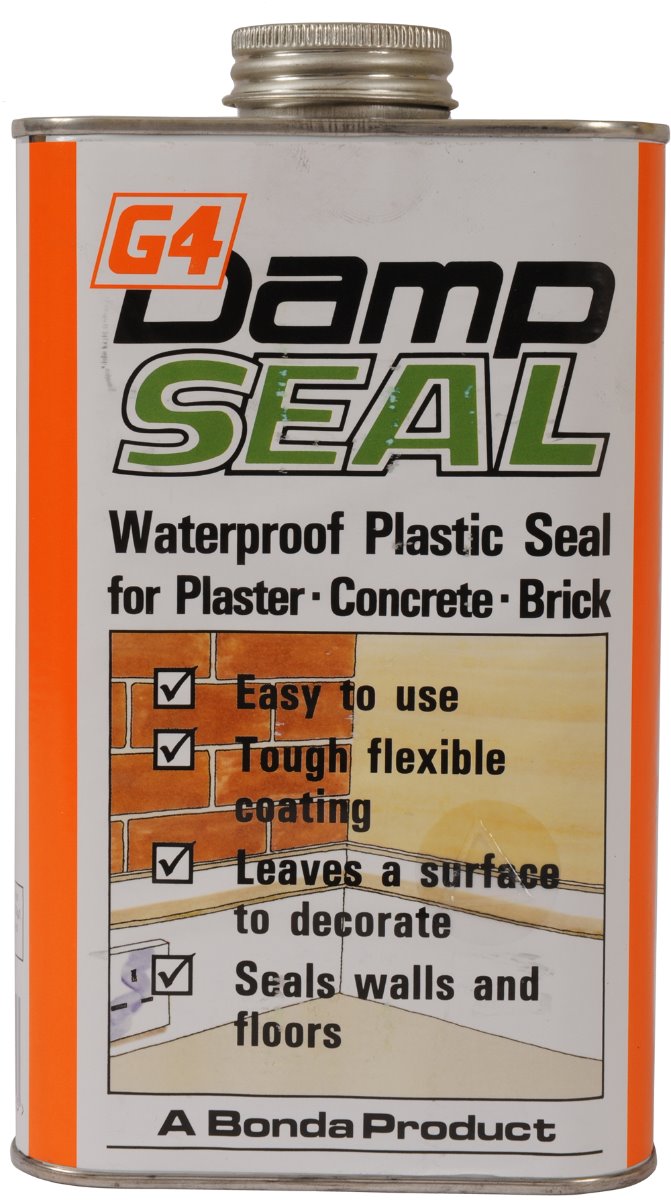 The calculations provided are based on the information given. Tricel cannot be held responsible for the use made of the products thereafter. Copyright � 2017 Tricel Composites (NI) Ltd. All rights reserved.